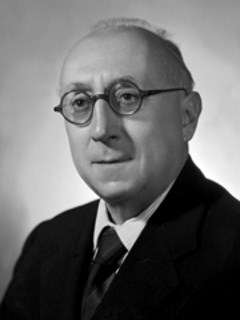 Italian philosopher and senator. Although influenced by the Marburg Neo-Kantians and Edmund Husserl, whom he knew personally, Banfi moved away from Idealism and instead focused on Marxism, in particular, historical materialism. Banfi joined the Italian Communist Party in 1947. He was elected to the Italian senate in 1948 and again in 1953. (Wikipedia)

Antonio Banfi was an Italian philosopher. Born in Vimercate on September 30th 1886, he studied in Mantua, Milan, and Berlin. He is considered as the founder of the philosophical school of Milan (“Scuola di Milano”). When he died, in July 1957, a complete but unpublished essay entitled “Husserl and the Crisis of European Civilization” was found on his desk. Commenting the texts published in volume VI of the Husserliana, Banfi described Husserl’s work as the “Socratic heroism of reason that continuously awakens men from the laziness of daily habits.” According to Banfi, Husserl’s hope in a renaissance of the European spirit through philosophy connected a “rigorous theoretical research” with a “profound and lively human pathos.” As such, these pages appeared to the Italian philosopher as “the greatest that have been written by any contemporary philosopher.” (A. Banfi, “Husserl e la crisi della civiltà europea”, Aut Aut, 43-44, Gennaio-Marzo 1958, p. 1). In the same article, Banfi criticized some dogmatic characteristics of Husserl’s thought. Nevertheless, the German philosopher was eventually praised – in the very last lines that Banfi left us – with emphatic words. For Banfi, among the thinkers of the XX century Husserl is the one that most actively “fought and operated for the establishment of the autonomy and critical universality of reason”; his philosophy aimed at “guaranteeing the development of a concrete and open historical humanism” (p. 17).

This profound appreciation might seem peculiar since Banfi had devoted the last decades of his philosophical and political activity to the clarification of the concept of “copernicanesimo” (“Copernicanism”), that is a “Marxist humanism.” But this is less surprising if we consider Banfi’s long-lasting relation both with Husserl and with his phenomenological philosophy. Moreover, in Banfi’s last essay one finds not just a renewed interest in phenomenology – which was becoming a central theme of debate in the Italian philosophical milieu of the 1950s – but also hints of disenchantment towards his communist political engagement. Banfi had known Husserl’s work back in the 1910s, possibly thanks to his university friends Confucio Cotti and Andrea Caffi from his time in Berlin. But the first World War slowed down Banfi’s philosophical work, even though he did not fight on the battlefront. It was only in 1923 that he could publish “The logistic tendency in contemporary German philosophy and the Logical investigations by E. Husserl” (“La tendenza logistica nella filosofia tedesca contemporanea e le Ricerche logiche di E. Husserl”), and “E. Husserl’s pure phenomenology and the ideal autonomy of the theoretical sphere” (“La fenomenologia pura di E. Husserl e l’autonomia ideale della sfera teoretica”). According to the Husserl Bibliography edited by Steven Spileers for the fourth volume of the “Dokumente” section of the Husserliana, the two articles published by Banfi in the “Rivista di Filosofia” are to be considered as the very first Italian studies on the theme.

The consolidation of the fascist regime progressively isolated Italy from the rest of European culture. Banfi tried to overcome this isolation by facilitating exchanges between Italian philosophy and the new European and American schools of thought. In some cases, his interest was not just of theoretical nature, but also founded on friendship. That is the case of his relationships with Georg Simmel, who had been his master in Berlin in 1910/1911, or with Husserl himself and with his wife, Malvine. Banfi personally met the Husserls during one of their trips to Italy and became – according to Husserl’s extensive correspondence published in 1994 – the only Italian correspondent of the German philosopher. Although Banfi can be considered as the person who introduced phenomenology in the Italian debate, he can hardly be described as a phenomenologist as such. Banfi’s references – from Hegelianism to Kantism, from Simmel’s and Nietzsche’s thought to that of Bruno, Spinoza, Marx, and Tolstoy – were so diverse that he could not have Husserl as the only source of inspiration.

These and other influences – often conflictual among themselves – broadened Banfi’s horizon. He tried, as such, to structure his philosophy as an open but systematic thought. His aim was to investigate a phenomenology of culture where every aspect of human intellectual activity could find its autonomous dimension in an organic whole. The Italian philosophical milieu of the first half of the 20th century was progressively being structured by the competing idealisms of Benedetto Croce and Giovanni Gentile. Banfi tried to open a different path, not free of flaws but aimed at the comprehension of the epochal European crisis. On this theme, Banfi’s agreement with Husserl – which he depicted as the third of his masters after Piero Martinetti and Georg Simmel – is indeed complete: the theme of the “crisis” was a constant feature in Banfi’s philosophical trajectory, even before he met Husserl. Of course, it got strengthened by the influence of the German philosopher and finally flourished when Banfi connected it with his reflection on the “person”.

Banfi achieved a stable position in Italian academia around the age of 45, in 1931, after several years teaching in high schools. At the beginning of the 1920s, he was repeatedly singled out as an antifascist and signed the antifascist manifesto promoted by Benedetto Croce in 1925. Nonetheless, to obtain his chair at the University of Milan, he had to compromise with the regime: he solicited affiliation to the fascist party and took the oath that was imposed in 1931 on all professors of Italian universities, and which was refused just by a dozen of them. Among those was Banfi’s first master, Piero Martinetti, who chose an early retirement. But despite the hostility of the regime Martinetti was able to ensure his succession at the University of Milan for his pupil Banfi. Such compromises were common at that time for many other antifascist professors and intellectuals. Thanks to his position in the Milanese University, Banfi was able to create a circle of pupils and friends who later joined the resistance in Lombardy and actively contributed to the renaissance of Italian cultural in the aftermath of World War II.

Banfi’s pupils reflect the openness of his thought. His philosophy is founded upon the themes of the crisis and the person but developed to explain the autonomy of the diverse “spiritual spheres” which shape both life and human knowledge. Similarly, his pupils shared a basic approach to philosophy but, instead of offering a dogmatic replication of Banfi’s approach, they propagated it to different fields of culture: from philosophy (Enzo Paci, Giulio Preti and Fulvio Papi) to anthropology (Remo Cantoni), from pedagogy (Giovanni Maria Bertin) to history of science (Paolo Rossi), from politics to journalism (Aldo Tortorella and Rossana Rossanda), from philology (Maria Corti) to poetry (Vittorio Sereni, Antonia Pozzi and Daria Menicanti), from cinema to music and music criticism (Mario Monicelli, Nino Rota, Luigi Rognoni and Raffaele De Grada), from aesthetics to artistic practice (Luciano Anceschi and Dino Formaggio), and to the industry of publishing, teaching activity and cultural organization (Arnoldo Mondadori and the sisters Clelia and Ottavia Abate).

In the 1940s and 1950s, Banfi was active in three institutional fields: academia (particularly in the Universities of Milan and Perugia), publishing (working mainly with the Bompiani, Garzanti, and Mondadori publishing houses), and politics (supporting the resistance and then serving two terms as a senator of the newly established Republic for the Communist Party). He also established close ties with young intellectuals who, despite not being his direct pupils, found in him a friend and collaborator. Two examples are Eugenio Curiel and Norberto Bobbio, whose bonds with Banfi were, respectively, of political and philosophical nature. Before being murdered by the fascists in February 1945, the physicist Curiel had created with Banfi the “Youth Front” (“Fronte della Gioventù”). Bobbio, on the other hand, enjoyed Banfi’s guidance for his early studies on phenomenology and existentialism.

The ensemble of Banfi’s pupils, friends, and collaborators is a polyphonic though sometimes dissonant choir of intellectual voices. Their shared features are easily recognizable ex post facto. They gravitated towards the city of Milan, lived a passionate and troubled political commitment mostly of communist or socialist inspiration, and often showed a relevant interest in phenomenology. Banfi’s draw on those intellectual voices was diverse both in intensity and in meaning. For most of them, he always remained an essential reference. But others, sooner or later, conflicted with him. It would be a historiographical mistake, though, not to see the importance that Banfi had for this whole milieu: he was capable of attracting new cultural energies and of helping them to flourish. Banfi’s philosophy did not crystallize as a monument of thought requiring the devotion of his followers but rather stimulated a lively and diverse movement which contributed substantially to the development of Italian democratic culture. It is in this sense that we can undoubtedly speak of a “Scuola di Milano” – using the expression created by Fulvio Papi in 1990 – even though those who participated in it did not see themselves as part of a “school.”

In Italy, debates and research on this school have increased in the last years, also involving new generations of scholars coming from cultural milieus not directly connected with the “Milanese tradition.” The renewal of these studies – to which this blog aims at contributing – has also been facilitated by recent reorganizations of Banfi’s documentary legacy. The materials preserved and promoted by the archives of Milan (Archivio della Biblioteca di Filosofia dell’Università di Milano), Varese (Centro Internazionale Insubrico “Carlo Cattaneo” e “Giulio Preti”) e Reggio Emilia (Biblioteca Panizzi), shed new light on the fundamental role that Banfi and his school played in the philosophical, cultural and political history of Italian “Novecento”. Even so, Banfi’s thought and work still haven’t received proper attention outside of Italy. His writings on Galileo and his aesthetical studies spread with various translation to the Iberian world and the Slavic languages and his essays on Marxism were translated even in Japanese, but little attention has been dedicated to the general structure of Banfi’s philosophy. This lack of attention is even stranger if we consider how strongly the English-speaking debate has lately focused on the Italian studies and the Novecento in particular.