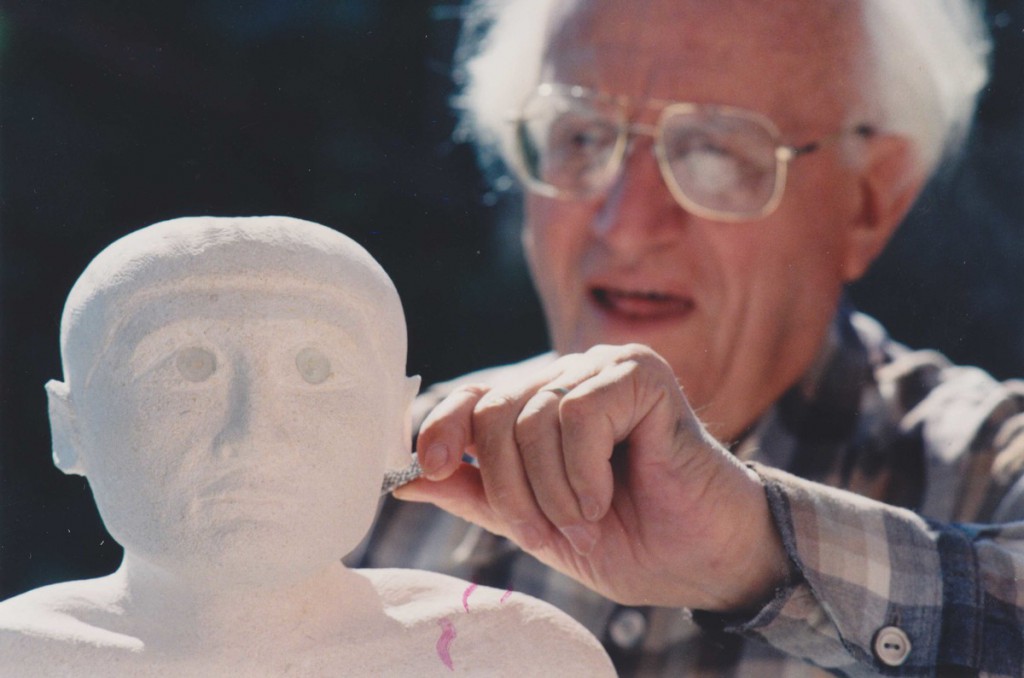 Formaggio’s aesthetics is also an aesthetics of doing. In its primary and most specific sense, human action is for him bound to artistic technique: to the materiality with which art challenges itself, and to the hardness of reality that art has to confront. This has wide theoretical consequences. The work in which Formaggio tackles the problem of doing with greatest incisiveness is L’Arte come comunicazione: fenomenologia della tecnica artistica. It was published in 1953, but it consists of a reworked version of Formaggio’s dissertation, which dates back to 1938 and whose writing was significantly influenced by Antonia Pozzi. At that time, Formaggio was not acquainted with Husserl’s work yet, which he only started to read later on, thanks to Enzo Paci. The use of the term “phenomenology” in this book stems directly from Antonio Banfi’s reflection. According to Banfi, phenomenology represents a fundamental component of aesthetics. A good example of this conception are the notes that Banfi wrote on musical execution. In L’Arte come comunicazione, Formaggio sees phenomenology as a way to proceed that identifies from various standpoints the manifold layers of which the complex phenomenon of the artistic technique – and of the reflection on this technique – consists. In particular, Formaggio pinpoints three of the layers: a philosophical one (for whose characterization he is in controversy with the aesthetics of new idealism), an existential one (natural, psychological, sociological, cultural), and an epistemological one (with great emphasis put on French aesthetics and on the Allgemeine Kunstwissenschaft movement led by Max Dessoir and Emil Utitz). Moreover, Formaggio identifies a phenomenological cycle that associates the artistic technique with the materials of which art avails itself.

Formaggio’s later works originate from the investigations that he started in L’arte come comunicazione. Among these works, it is worth recalling L’idea di artisticità (1962), in which, once again, he deals with the idea of art from the perspective of doing. The term “idea” (in the sense of transcendental idea) is borrowed from Banfi, who nevertheless described the idea as essentially rooted in intuition. In this regard, Formaggio maintains that the principle that enables one to account for the aesthetic-artistic reality is not Banfi’s idea of aesthetic quality (which for Formaggio has a sort of contemplative trait), but rather the idea of artfulness (artisticità), which has for him a more active character. Another topic that is addressed in L’idea di artisticità is the one of the “death of art”, which he understands as connected with the “genesis of the modern idea of artfulness”. In this sense, aesthetics is clearly distinguished from poetics, art critique, and the history of art.

The idea of doing is tightly connected to the way in which Formaggio addresses the sensitive world. Contrary to Croce’s interpretation, Formaggio distinguishes two separate branches of aesthetics, which, however, are somehow intertwined: on the one hand, aesthetics as theory of sensitive knowledge and, on the other hand, aesthetics as art theory. According to him, the sensitive world – especially in its modality as a visible world – exists, in a strong sense of the word. It is in this sensitive world that the art world sinks its roots. It is not by chance that in Formaggio’s most mature thinking – as it emerges, for instance, in Arte (1973) – aesthetics takes the shape of a philosophy of the body.

What is essential in Formaggio’s reflection is that every bodily experience, such as viewing and listening, are not satisfactory per se. In this sense, he was reluctant to any form of mere aestheticism. Sensitive experience is for him a core of energy that irradiates through a thick and continuously expanding multitude of resonances. Experience does not correspond to any kind of concentration, but rather implies overflowing beyond oneself, with the aim of attaining new forms of expression and investigation. Experiencing means committing oneself to a concrete understanding, rethinking, and reshaping of all that is, until one reaches the most profound layers of knowledge, as well as the highest professional and artistic performances.

The first sphere in which the sensitive life reveals its potentialities is the didactic activity, which represented for Formaggio one of the most dynamic forms of human “doing”. He had a true vocation for teaching: a natural and long-cultivated disposition that he practiced at different levels, from elementary and high school to university. As far as I can tell, teaching in high schools was for him the best expression of this ability.

What stemmed from Formaggio’s lectures was an idea of cultural work that diverged from any kind of imposed duty: an engaging activity that could generate attachment and expectation. For Banfi, too, studying was a way of intensifying one’s existence, and not inane labour. For Formaggio, the artistic technique was a qualified technique, which allows one to enjoy the fruits of its activity.

In Formaggio’s teaching one could approach the cultural work as a moment of both confrontation and solidarity, and not of mere competition. His lectures were first and foremost a space of participation. I remember with gratitude the time that he dedicated (and he was the only one back then to do so) to what he called “discussion”. One of the most captivating (and highly edifying) moments of those lectures consisted of a free exchange of ideas between students and teacher, from which an intense dialectics of opinions originated. Students were encouraged to actively participate, and their “unpreparedness” made this participation even more spontaneous. Their need of asking for clarification and of testing themselves was in no way inhibited. An authentic (and genuinely philosophical) passion for dialogue was also present in the encounters with Formaggio outside of the university rooms. He was of the idea that truth springs from lively debates, and that research works as a sort of social fertilizer.

Formaggio’s teaching was a call to seeing, listening, and reading. Visiting exhibitions and landmarks was part of the didactic assignments. I remember the enthusiasm and the sense of involvement that he was able to communicate. I owe him the discovery of Mondrian, but also of the Chiaravalle Abbey, to which he was deeply attached (also because of his well-known relationship with Antonia Pozzi). He made people want to observe the spectacles in nature, as well as the ones in art. But this “observing”, too, was not an end in itself, but was rather meant to become a lively experience.

Formaggio developed his artistic creativity by means of painting, sculpturing, and composing poems (see on this the edition of collected poems D’albe e di sogni, 2004). He once confessed to me how much he loved art. Not a big confession, after all, as that was apparent. However, what he added then is that he loved “doing art”. He had an active, and not purely contemplative, notion of art, whose outcome could only be a form of doing. Formaggio’s taste and passion – I insist – were oriented towards action, and not to any kind of contemplation. Already in Fenomenologia della tecnica artistica, he distanced himself from any aesthetic-ecstatic attitude; from any “aestheticism”, which for him implied a form of passivity and receptive closure in the way people look at art.

The figure of Formaggio is impregnated of a personal artistic creativity, but it also reveals a way of standing in the art world. This also emerges in his works on Piero della Francesca, Michelangelo, Van Gogh, Picasso, Klee.

He started to paint at an early age. First aquarelles, then he collaborated with Fiorenzo Tomea on the realization of a fresco in the church of Marzio. Later on he started to copy paintings of artists that he loved (I remember Kandinsky), as well as sculptures (the Seated Scribe in Louvre). This also explains his way of addressing art: not merely contemplating it, but looking at it through the making of it.

For his whole life, Formaggio crafted art objects. In his latter years, he committed himself to assembling found objects (objets trouvés), from which various meanings and unexpected figures ended up stemming, such as Prometeo, Don Quixote, and the sunflowers that he strived to replicate. To this “doing” belonged also the care that he had when he chose the colours for painting a wall, or decided to build or renovate pieces of furniture, or renovating a house (like his own home in Illasi). The most beautiful pieces of furniture that I still own, I bought them on his suggestion. Formaggio’s taste in organizing space and his competence in managing exhibitions emerges also in the museums that he established in Teolo and Vespolate.

Despite his practical attitude towards art, no one could possibly ignore Formaggio’s emphasis on the need of clarifying what seeing, creating, interpreting actually means. Thinking of art was not secondary to him. Following Banfi’s example, he defended the theoretical character of the aesthetic-philosophical discourse (also against certain pragmatic ways of conceiving art). His numerous publications testify to this engagement. He abhorred, however, every abstract conception, arid theory, and intellectualistic endeavour that did not have bodily roots.

With this post by Gabriele Scaramuzza, we want the celebrate the institution, in March 2017, of the Fondo Dino Formaggio, at the Philosophy Library of the University of Milan. About Formaggio’s artistic work, see also the Museum of Contemporary Art dedicated to him in Teolo (PD) — The Editorial Board